Even if you don’t necessarily enjoy gardening, most of us enjoy seeing our plants and grass grow and look healthy.   Given how important irrigation is to keeping our garden alive, we thought we’d clear up what we think are the nine biggest myths around irrigation systems.  Many people believe that as long as they get some form of moisture to their gardens and lawn – things will be fine.  Unfortunately this is not the case.  Debunking the following nine myths around irrigation systems and watering will help ensure your gardens flourish.

A well-designed drip and or sprinkler system should use the same amount of water.  To apply 5mm of water per m2  there’s really no difference between the two.   Efficiency is mostly gained through water management practices, i.e when and how you water.  That said, both have their advantages. Drip irrigation systems are generally better for relatively small garden beds, windy areas and narrow strip turf.  Whereas sprinklers are generally better for turf areas and some types of gardens and crops.

Even though we work in cm’s in this country, we still hear the old 1 inch/week myth regularly thrown around as the best approach when irrigating.   There is incredible diversity in the plant world, that means you can’t take a one size fits all approach to watering.  For example, younger seedlings and plants only have slight root structures which are quite weak – therefore generally require far more than just 1 inch per week, and also more frequent watering than mature plants.

This is a common misconception, because the water looks like it’s coming through faster.  Water passing through a smaller pipe or small orifice exits at a greater velocity – however the actual volume of water is lower.  This is due to pressure and internal surface friction.  The larger the pipe diametre, the lower the friction loss, the greater the flow.  There are only two ways to increase water pressure – either gravity from a high location (ie. water tower) to a lower point and/or through mechanical pumping.

Whilst drip irrigation can be good for growing turf, you will get the same outcome with above ground sprinklers, which in most cases are far more practical when growing turf. For top dressing and re-seeding sprinklers can water seeds and wash in fertilisers. If there is a malfunction in the system (leaks or blockages) you generally pick it up  a lot quicker with a sprinkler system, than you do for drip tubes. For adding drainage or doing  trenching through turf, a sprinkler system is a lot easier to negotiate through because you can see where everything is.  Generally speaking, a sprinkler system is easier to maintain than a sub-surface drip system.

Apart from a few rare situations, flood irrigation will not encourage deeper roots, and is not recommended.   This is because when water starts pooling on top of the ground during an irrigation event,  the soil is telling you it has reached its field capacity, and cannot receive any more water.  The water then runs off or evaporates and is wasted.   Good irrigation practices generally attempt to replace evaporation plus a crop factor. The crop factor is determined by type of plant and type of soil profile. Different types of soil profiles have differing infiltration rates as well, ie. sandy soil vs clay soil.  The ultimate aim when irrigating is to stop the sprinklers as soon as water starts pooling.  If necessary, you can then allow for a soak period (3-10min), before irrigating again.  This is known as cycle and soak irrigation – and is very effective for irrigating sloping ground or heavy clay profiles.

It’s true that wilted leaves means more water is required on the surface.  But this doesn’t necessarily mean there isn’t enough water in the soil – the root zone could in fact be full of moisture.  If you then just keep adding water to the soil you could end up drowning the roots.  There are all kinds of things that can cause wilting – not just thirst. The culprit could be overaggressive digging and hoeing or even the presence of insects in the soil.  The only way to know for sure is to perform a simple soil test.

This may sound like a no-brainer, however is not necessarily true.  In fact it can sometimes be the best time to irrigate.  Now, we’re not talking about a torrential downpour – you’d definitely be wasting water if you irrigate at the same time.   However if the rain is slow and steady- for example is a 5mm event, it’s often a great time to get the extra water down, because the ground may require 8mm.   Many experts say that slightly moist soil is more accepting of water than dry soil.   But be prepared that if you do irrigate during or just after a light rain event – you will still get some annoyed looks.

This myth has been around forever.  It’s often said that above-ground watering on a hot day will burn the surface of leaves.  The truth is that water droplets cannot act as tiny magnifying lenses and scorch plant material. It simply isn’t possible, especially on a hot day, because they evaporate too quickly.  That said, it’s not wise to irrigate during the hottest part of the day because the water can evaporate so quickly that you just don’t know how much is being absorbs by the soil – which can then lead to overwatering.  But there’s definitely no need to worry about scorching.

Automatic irrigation systems offer a great alternative to manual hose watering.  And whilst the benefits are numerous, there are still a lot of misconceptions around automatic irrigation.  We hope this list has cleared a few up for you.

If you’re looking at having an irrigation system installed, Century Rain has Melbourne’s largest in-house irrigation team – ready to go.  We can either install a whole new automatic irrigation system from scratch, or repair and upgrade your existing system.

« Previous Post
Q. How do you bore 1km of pipe through central Melbourne? 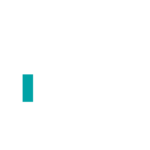